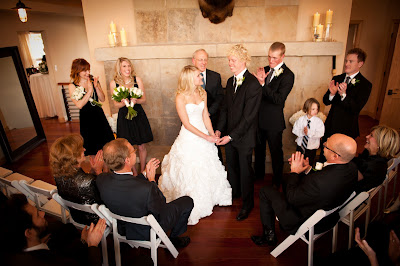 First off, apologies for the long gap between posts, not really sure where all the time went but things have been going great since, so no lack-o-blogging injury to report! Wedding photo is overdue but its the only one on my computer.

Also of great importance Happy Valentines Day to my wife Natalie! It is our second V-day together and first one as a married couple and I couldn’t be happier!
As far as training goes things are moving along really well. Today marks the first day I have had off in 28 as I just finished a 4 week block of good solid base work. Now its time to continue to build the base and slip in a little speed to get ready for the season.
First race will officially be the USAT Elite Sprint National Champs in Clermont, FL on March 5th. Before that I will be spending a week or so in Chapel Hill cranking out some efforts with Justin Park. Looking forward to getting to sea level for a bit and although the weather in BOCO has been nice taking a break from the snow and cold.
After that I will be back in Boulder for a couple weeks and then back to the Sunshine State for M.IT. to start my qualification push for Hy-Vee. This year the biggest money race in the world is going to be a qualified only non-drafting olympic with some serious cash and incentives. although I am bummed I never got to see it in its ITU format, still very excited to get back to Iowa for a race and have family and friends there to watch.
Other random thoughts:
– The looming NFL lockout is a joke. A bunch of billionaires arguing with a bunch of millionaires over money that the average thousandaire can’t even fathom is absurd. I wish I could say if they lock out I will never watch again, but like every other pissed off football fan they will call our bluff. Although, have you ever seen The Replacements… I have always wanted to be a wide out, and I would do it no question for say 100K?? Jerry Jones, call me!
– The Red Sox will win the world series
– Triathlon really does need a Million dollar race to become legit. Every other wealthy country club sport, golf, tennis, etc draws attention because of the money to win. Even Poker is on ESPN. My only fear is that as involved as major CEO’s are in the sport it hasn’t happened yet. What will it take for a Rolex, or BMW to take an interest in a sport where the average athlete is a six figure earner that buys all new stuff every year. We are a better market than tennis or golf!
– Lately I have been pretending to put my finance degree to use and mess around a bit on the stock market. Now if I could only get someone to lend me the cash so that I could actually be making the money my imaginary portfolio is racking in!
I, Cameron R Dye, vow to post more often and attempt to keep whoever is reading this amused and thinking.
Sincerely,
Cam