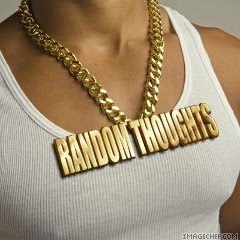 #1 Training is going well. Had a good session in the pain cave yesterday doing some power profiling. It was the first time I have put in any hard efforts on the bike in about 3 months so it was rough, but not feeling it as much today as expected.

#2 Just started doing some of my running in the Vibram 5 finger shoes, and am really liking it. I have been doing some barefooting for a few weeks now and it seems to be helping strengthen my foot, and thereby alleviating some of the plantar issues. I would recommend it as something to try but be VERY CAREFUL, and start really SLOW and SHORT!!!

#3 The Big Ten just knocked off the ACC in the yearly basketball challenge and it was the first time in history. Came down to a great game between Wisco-Duke and the Badgers pulled it off. I know I am not support to root for anyone but Iowa, but hey we lost our game so became a conference pride thing. Plus, I have always been a Duke fan, however, watching last night that may be fading.

#4 I don’t care about Tiger Woods private life, and the fact that ESPN has become E! over that situation really bothers me. Did he do a good thing, no. Is he still a rolemodel for millions of people, absolutely. Would any of the kids, who everyone claims are the ones getting screwed by a role model, even know about this if it weren’t for the media, no way.

#5 Happy Birthday J-Rock, yeah its a day early but should be a good concert tomorrow night. Going to see Grouch at the Fox Theater.

#6 I hate teasers but big meeting tomorrow for my near triathlon future, could be big things.