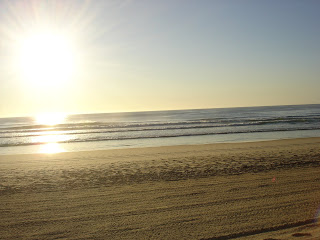 So I have been back in the US now for a little over 24hrs and my body has no idea what time it is, when I should eat or sleep, or even what day it is. I slept 13 hrs last night, haven’t done that since college, and I ate 1 meal today. Those of you that know me know that has never happened, not ever! But the trip was great and the experience was worth so much for me and for my racing.

The Race
World Champs, definitely never thought I would be ending my season there this year, but after a great season I found myself as the last entrant into the WCS finale, as a domestique for the USA. I can’t even explain how cool it was to rock the red, white and blue!
Race started ok, I was the last one on the line so I took the one spot left which was unfortunately right in the middle. If you don’t know, that is the worst place to be if your claustrophobic or don’t like being punched and kicked a lot. I’m not the first but I am the later so I tried to get out hard and clear the field. I did some of that, but the first turn bouy was only 260m out so I got there at the same time as 20 other guys and we mauled each other around it and all the way around the course. The second lap of the swim was the same. A crazy 10 wide pack of froth. I got kicked in the tooth, punched in the back of the head, and pulled under, but rubbin’s racing right!
But in the end I did my job and came out in the top 12 or so wiht the leaders in a great position to help the squad.
My job in this race was to set up the runners, in particular Jarrod Shoemaker, and if Matty Reed where able to get away, either go with him or try and slow the field up in their chase. As far as tactics the race went down to plan. I towed Jarrod to the front and got him in position, spelled Fretta and some of the guys that had to bridge up to the group, and got my mug on TV leading the chase group trying to let Matty get off the front. I went there to do a job, and that is exactly what I did.
The run however, did not go quite to plan, but that is ok because I wasn’t brought there to run. After I did my job I was supposed to do the best I could to run fast enough to stay in the 5% gap and score some pts for myself. I just didn’t have the running legs that day and finished well off pace, but I didn’t finish last, and for what it was worth that was something.

My Foot
The run was not great for a ton of reasons, flogging myself on the bike, foot problems, but mainly I think the biggest thing was run fitness. Because of my foot I haven’t been able to do a ton of miles this year and because of that when I race 3/4 weeks and travel a lot I don’t have the base to go off of and it shows. That is why after talking with that team doc’s they suggested it would probably be in my best interest to just hang it up for the year and figure out the foot issue so I can fix it and train hard all winter. So that is the plan, get an MRI, rule out stuff, get a diagnosis and solve it. Its a bittersweet finish because I was really excited about going to LA and Dallas, but there is always next year and I will be even better and more prepared for that if I stop now and do the smart thing.

Thanks
Huge thanks to all of my supporters! My family of course for always being there for me and giving me their unquestioning support. My friends for keeping me in line, Neal and Grant for their coaching expertise. Thanks to the med staff on the trip to Worlds, Diane and Camille you two are amazing. Thanks to USAT for believing in my ability to help the team, and the guys for keeping my head up. Lastly, but definitely not least, thanks to all of my sponsors: Blue Seventy, Zeal Optics, Specialized, Mix1, Shimano, Kiwami, Boulder Center for Sports Medicine, Boulder Cycle Sport.

One thought on “World Champs recap”